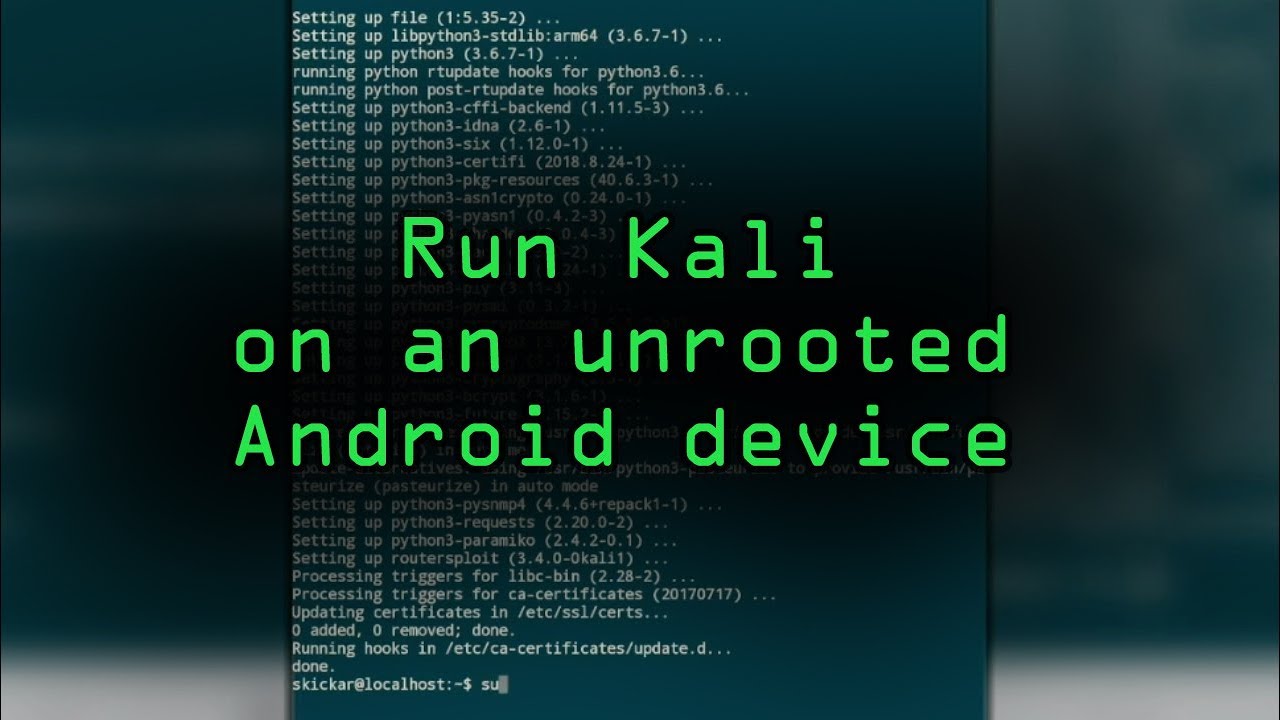 Get Our Premium Ethical Hacking Bundle (90% Off): https://nulb.app/cwlshop

For a beginner, Kali Linux is the best OS to learn simple hacking tools on, but not everyone has access to a machine that can run it. However, with over 2 billion Android smartphones around the world, chances are you already have a device capable of running Kali. Today, we’ll show you how to download and run Kali Linux on any Android device, unrooted, in this episode of Cyber Weapons Lab.

Big shoutout to Distortion on Null Byte who wrote up the written guide that we based this video off of, which you can view here: http://bit.ly/KaliAndroid

While you can use your favorite keyboard for most of the tasks when running Kali on Android, an app like Hacker’s Keyboard is more helpful. Even better, a Bluetooth keyboard: https://www.amazon.com/dp/B01LYUD84L/?tag=whtnb-20

We’re not replacing Android with the Kali operating system, it will be accessible like any other app on Android. To do this, we’ll be installing an SSH client such as JuiceSSH or ConnectBot, then the UserLAnd application that will create and run the Kali filesystems.