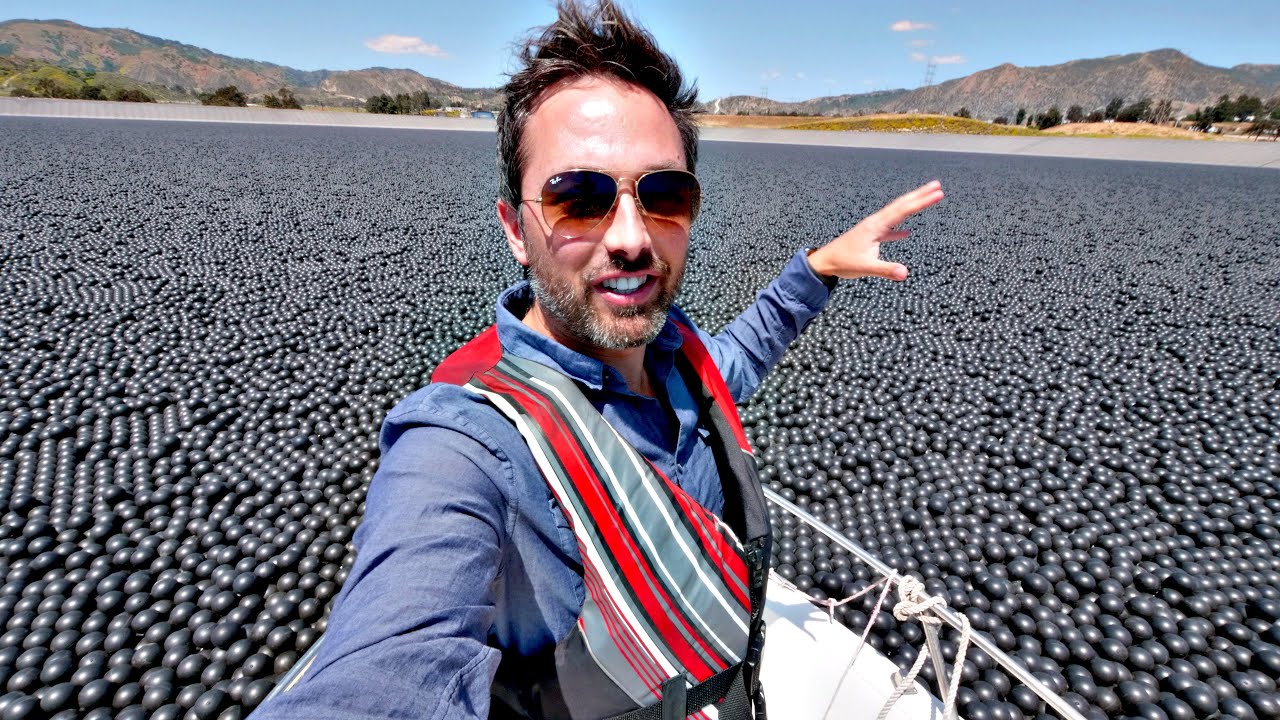 I took a boat through 96 million black plastic balls on the Los Angeles reservoir to find out why they’re there. The first time I heard about shade balls the claim was they reduce evaporation. But it turns out this isn’t the reason they were introduced.

Huge thanks to LADWP for arranging this special tour for me. Next time let’s put the GoPro on the submersible!

The balls are made of high density polyethylene (HDPE) which is less dense than water so they float on the surface of the reservoir even if they break apart. They are 10cm (4 inches) in diameter and contain about 210ml of water. So the main reason they are on the reservoir is to block sunlight from entering the water and triggering a chemical reaction that turns harmless bromide into carcinogenic bromate. This effect occurs with prolonged exposure to bromate so regulators insist that levels be kept below 10 microgram per liter on average over a 12 month period.

Special thanks to Patreon supporters:
Donal Botkin, Michael Krugman, Ron Neal, Stan Presolski, Terrance Shepherd, Penward Rhyme and everyone who provided feedback on an early draft of this video.

Thanks to:
Las Virgenes Reservoir for footage of initial shade ball dump
Euro-Matic for bird into jet-engine footage

Researched and Produced by Casey Rentz

And from Kevin MacLeod “Marty Gots a Plan”

This is an educational video about the science of water quality.