Automate Recon with Your Own Bash Script [Tutorial] 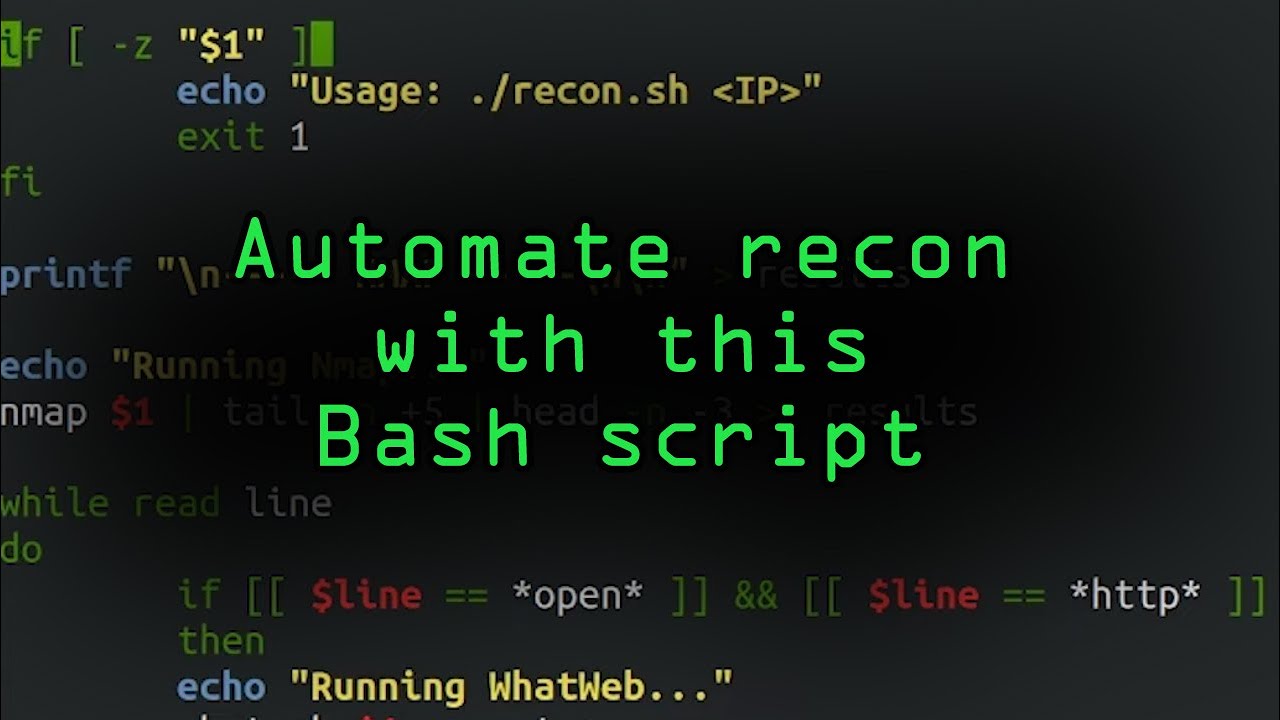 Get Our Premium Ethical Hacking Bundle (90% Off): https://nulb.app/cwlshop

To graduate to the big leagues and learn more about networking, you need to learn how to write your own hacking scripts. Cybersecurity specialists, hackers, pentesters, and other IT professionals can write their own scripts in many different languages, from C to Python, but the most popular by far is Bash since it’s understood natively by all Unix systems, including Linux and macOS.

So when it comes to reconnaissance, or more specifically, automating recon so you’re doing the same old thing time after time, Bash scripts are the way to go since it will have a higher degree of success.

On this episode of Cyber Weapons Lab, we’re going to show you how to write a Bash script from the group up, starting with a very basic “Hello World” script, then begin incorporating tasks such as automating Nmap scans and enumerating a local network.

This episode is based off of the Null Byte article written by drd_, To learn more, check out the article: https://nulb.app/x726n

32 Replies to “Automate Recon with Your Own Bash Script [Tutorial]”