Intel at CES: Alder Lake looks a lot like M1, plus new chips for gaming laptops 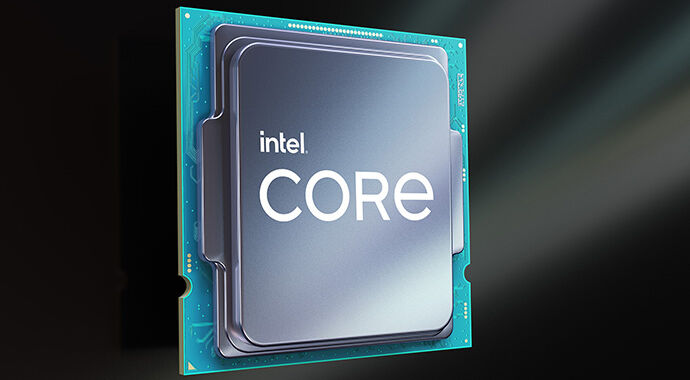 The Consumer Electronics Show this week was never going to be where Intel would venture into extreme detail on major new 12th-generation CPUs, but nonetheless, the company hosted a press conference this morning that laid out a few new evolutions of the 11th-gen CPUs it has already been shipping, plus an early look at what to expect from the 12th-generation Alder Lake.

Using an improved version of the 10nm SuperFin process, Alder Lake will take on Apple’s ARM instruction set-based M1 chip and its ilk with a somewhat similar architecture. Namely, that means a hybrid architecture of high-performance (Golden Lake) and high-efficiency (Gracemont) cores similar in spirit to ARM’s BIG.little design and to Lakefield. Intel says these are desktop and laptop CPUs and that they’ll reach consumers in the second half of 2021, but details are otherwise pretty sparse.

More than anything, it looks like Intel is trying to get ahead of the narrative that the company is facing some serious challenges ahead as Macs with M1 CPUs delivered much better price-to-performance ratios than what Intel is currently putting in competing devices—especially in the face of Intel’s delays.

Unfortunately, that was all we learned about 12th-gen today. But as noted above, there were a few evolutionary steps for 11th-gen CPUs. Coming toward the end of Q1 2020, the 14nm Rocket Lake-S with Cypress Cove cores promises some performance boosts like a 50 percent improvement in integrated graphics performance and 19 percent faster instructions per cycle.

The full lineup hasn’t been announced yet, but Intel did preview some specs for the upcoming Core i9-11900K: eight cores at up to 5.3/4.8 GHz, 20 PCIe 4.0 lanes, and support for 3200MHz DDR4 RAM. No pricing information has been revealed yet, so expect to learn more in the next couple of months.

All told, the event today was more of a teaser than a full reveal across the board. But we do at least have a general sense of what Intel’s focus will be in what’s sure to be a somewhat pivotal year for the company and its competition.