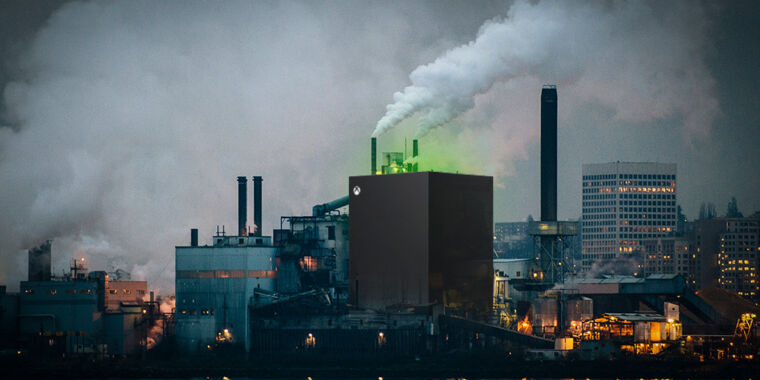 Users are given a choice during setup between the two power modes for the console: energy saving and instant on. To ensure players can select the option they prefer, they are not opted-in to either power mode by default. At Microsoft, we are committed to sustainability and, as we begin a new generation of gaming with Xbox Series X|S, we’re continuing to explore how we can reduce our environmental impact across the product life cycle—from conceptualization, design, production, and packaging, to what happens once our consoles are in the hands of consumers and at their end-of-life. As part of this commitment, we are evaluating additional methods to highlight the benefits of energy saving mode, but have nothing further to share at this time.

“It’s encouraging to hear that Microsoft is looking into ways to further reduce the environmental impacts of their game consoles. To be clear, Microsoft ships their consoles to the US with the ‘instant on’ option listed first and highlighted.  While they are correct the user is given a choice during set up whether to choose the instant-on or energy saving option, it seems likely that more than the majority of users will pick instant on given the way these options are presented.  If Microsoft has data to show otherwise, we would love to see it…

“We remain comfortable with the assumptions we made in our modelling and will update our numbers upon receipt of aggregated user data from Microsoft.”

Original Story 4:00pm EST: The “instant on” feature on new Xbox Series S/X consoles could suck up a total of 4 billion kWh—the equivalent of a year’s operation for a large power plant—from US owners alone through 2025. That’s according to a preliminary report released this week from the Natural Resources Defense Council, an environmentally focused nonprofit advocacy group.

As the name implies, the “instant on” feature of the Series S/X (and the Xbox One before it) lets users skip the usual startup time when turning the console back on. That saves about 10 to 15 seconds of waiting per power cycle on the Series S/X, down from about 45 seconds on the Xbox One. (This is separate from the Xbox Series S/X’s heavily promoted “quick resume” feature that loads the game state for recent titles directly from the system’s fast SSD storage and works in either mode)

“Instant on” standby also lets the system check periodically for system updates in order to download and install them in between play sessions. But leaving the “instant on” feature active means the Xbox Series S/X draws nine to 10 watts of power 24 hours a day—even when it’s not being actively used—compared to less than 1W if the standby settings are switched to “energy saving” mode.

The Xbox Series S/X initially drew 25 to 28W of “instant on” standby power at launch, but a recent firmware update caused a dramatic reduction, placing the new systems below the ~13W drawn by the Xbox One’s “instant on” mode. The PlayStation 5, by contrast, uses between 1 and 2 watts when sitting idle in “rest mode.”

It all adds up

A power draw in the single digit watt range may not sound like much, but it can add up when millions of systems are left plugged in and idling for years at a time. For a single console, that 9W of additional “instant on” power draw can add up to about 78 kWh in a year, or roughly $10.60 in energy costs for an average US home (going by the October 2020 EIA average of 13.6 cents/kWh).

To estimate the total extra “instant on” power draw across all Xbox consoles, NRDC author Noah Horowitz told Ars he assumed 30 million US sales of the Xbox Series S/X through 2025 (a number itself based on estimated sales of the Xbox One). Most of those sales would be concentrated near the system’s launch in Horowitz’s modeling.

Horowitz then assumed that two-thirds of all Xbox owners would stick with whatever the “default” energy setting is on their system (See update above for some caveats to this assumption). “We don’t have hard data on this but it’s based on typical anecdotal experience whereby users typically stick with the default option, rather than opting out and selecting something different,” Horowitz said.

With all that factored in, Microsoft’s decision to have “instant on” as the default power mode adds up to 4 billion kWh of additional energy consumption over the next five years. That’s roughly equivalent to the annual output of a 500 MW power plant, and it translates to about $500 million in added energy costs and 3 million tons of additional carbon dioxide in the atmosphere by the NRDC’s reckoning.

“Given those numbers, our hope is that most users would be willing to wait an extra 5 to 10 seconds for their console to restart if they knew the impact,” Horowitz writes.

The NRDC is urging Microsoft to change the system’s default settings to “energy saving” mode right out of the box worldwide (this is already the case in Europe, thanks to the region’s energy efficiency directive). That change could be implemented by firmware update for existing systems and at the factory for newly sold systems going forward. Microsoft has yet to respond to a request for comment on the matter from Ars.

The NRDC also notes that high-end games consoles are absolute power hogs when it comes to the simple function of playing streaming movies or TV shows. New consoles draw anywhere from 31W (for the Xbox Series S) to 70W (for the PS5) when streaming from Netflix or Amazon Prime in NRDC’s testing. That’s way more than the 3W or so for a dedicated streaming box like Roku or Apple TV.

“We have repeatedly urged Sony and Microsoft to include a dedicated low-power chip for video playback in their consoles, and this request is even more important today given the potential for long hours of ‘binge watching’ via the console,” Horowitz writes.