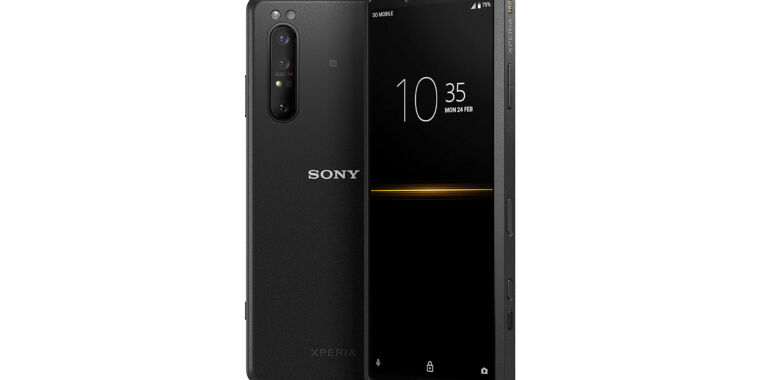 We’ve seen smartphones with stratospheric price tags before, but usually, something is special about them. Phones like the Samsung Galaxy Fold and the Huawei Mate X are anywhere from $2,000 to $2,600, but those were first-gen foldable smartphones with brand-new display technology. Sony’s latest entry into the smartphone market, the Sony Xperia Pro, is a boring, old slab phone that seems utterly forgettable until you look at the price: an astounding $2,500, or the price of three brand-new, $800 Samsung Galaxy S21s. Sony has really outdone itself.

None of that explains why this phone is at least $1,000 more than it should be. Sony’s justification for the outrageous price is (drumroll please) an HDMI port. Yes, in addition to the USB-C port on the bottom, there is also a Micro HDMI port that can be used as a video input. Sony suggests either hooking the phone up to a Sony Alpha camera and using it as a live video monitor or pushing an external video source out to the Internet for livestreaming. Just this one feature and the camera-adjacentness is worth $1,000 extra by Sony’s logic.

There have been other Android phones with HDMI before. The Motorola Atrix comes to mind, a $480 phone released in 2011. That was micro HDMI output, though, and it could hook up to a TV or a special laptop. Sony is calling this “the world’s first smartphone with HDMI input,” letting the phone act as a mini TV.

If the idea of an Android phone attached on top of your camera is appealing to you, you can create basically the same setup as Sony’s example at home, using a $20 dongle. Android phones come standard with USB support, and today’s tiny HDMI capture dongles mean you use an Android phone as a video monitor or livestreamer relatively easily.

An upcycling-type setup with an adapter seems more appropriate for an idea like this rather than running out and buying a multi-thousand-dollar bespoke Android phone. If you’re really willing to spend thousands of dollars on a camera monitor, you probably want one with a removable battery, since the permanent battery in a smartphone will be dead in a few years. A purpose-built monitor will also be cheaper, have more inputs, have a bigger screen, and have a sun visor. If you really need a phone, you probably don’t want your actual phone attached to your camera all the time.

Plus, as an Android phone, the Xperia Pro doesn’t seem very good. It has last year’s SoC, the Snapdragon 865, instead of the Snapdragon 888, an unforgivable problem when you’re charging $2,500. Last year’s Xperia 1 II has a side-mounted fingerprint reader, but this does not, and there are no biometrics of any kind listed on the website. The phone’s camera-adjacentness has also apparently led Sony to give it an ugly design, with a thicker body and thicker bezels over the Xperia 1 II. But the battery isn’t any bigger, and the phone doesn’t seem to be any more rugged.