Trump tries to claw back billions from COVID vaccine distributor 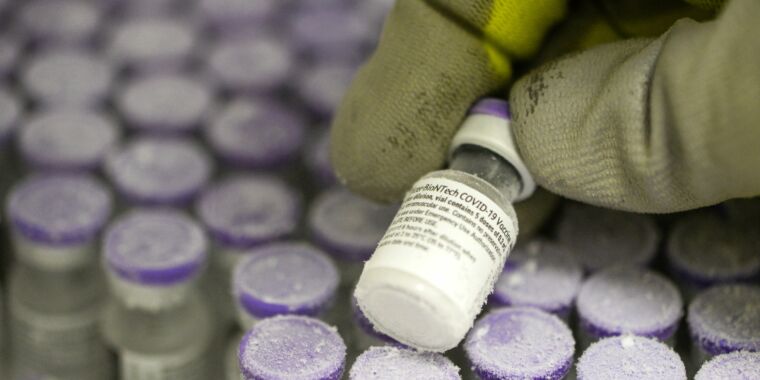 With mere days left in office, President Donald Trump has proposed $27.4 billion in brutal budget cuts—including clawing back 5.1 billion from global public health amid a raging pandemic. Of the proposed health cuts, $4 billion would be slashed from a vaccine alliance playing a central role in helping to distribute COVID-19 vaccines to low-income countries.

The proposed cuts are part of a rescission request, which has no chance of being enacted by Congress, as Politico reports. However, the proposed cuts—particularly to the vaccine alliance—are likely to add insult to injury to the global public health community, which continues to battle the out-of-control pandemic.

Worldwide, the total number of COVID-19 cases is over 93 million, and deaths are approaching 2 million. In the US alone, the seven-day rolling average of daily new cases is over 235,000, with 129,000 people currently hospitalized. Around 4,000 people have died each day for the past three days, bringing the US death toll to around 380,000.

In May, Trump announced that he would be “terminating our relationship” with the World Health Organization, to the exasperation of health experts worldwide. In September, the Trump administration said they would not take part in a WHO-backed effort, called COVAX, to help develop and equitably distribute COVID-19 vaccines internationally, including to low-income countries. The move drew a fresh round of criticism from public health experts, who called it “shortsighted” and “self-defeating.”

At the time, Sweden Prime Minister Stefan Löfven emphasized how essential it is to be involved in global vaccination efforts, saying, “Equal access to a COVID-19 vaccine is the key to beating the virus and paving the way for recovery from the pandemic… This cannot be a race with a few winners, and the COVAX Facility is an important part of the solution—making sure all countries can benefit from access to the world’s largest portfolio of candidates and fair and equitable distribution of vaccine doses.”

Nearly 100 other high-income countries have signed on to COVAX, including China, filling the “leadership vacuum” left by the Trump administration.

The move was also “self-defeating” because the US is already funding one of the main organizers of COVAX, namely Gavi, the vaccine alliance.

Funding to Gavi is exactly what the Trump administration now wants to slash as it heads out the door. In the rescission request, the administration justified the cut with vaccine nationalism, writing:

However, as Politico notes, Congress has budgeted for both domestic and international vaccination, and Gavi funding is not prioritized over domestic funding.