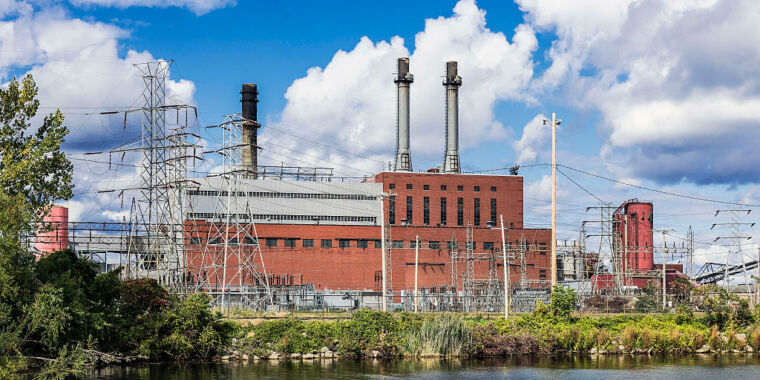 Today, the US Court of Appeals for the District of Columbia vacated the Trump administration’s attempt to take a minimalist approach to the regulation of carbon dioxide emissions. The ruling was a lopsided victory for the long list of groups opposing the Trump EPA’s approach, with the entire rule being vacated. Thus, the Biden administration will start unencumbered by its predecessors’ attempts to gut carbon dioxide regulations.

Some of the legal issues here date back to the Clinton administration, when states sued to force the EPA to regulate carbon emissions under the Clean Air Act. That issue was ultimately clarified by the Supreme Court, which, during the George W. Bush administration, ruled that carbon dioxide could be regulated as a pollutant as defined by the Clean Air Act. Early in the Obama administration, the EPA issued an endangerment finding for greenhouse gasses that provided the scientific rationale for regulations. Those regulations came in the form of the Clean Power Plan, issued during Obama’s second term.

While the Clean Power Plan completed the federal rule-making process, it was held up by lawsuits when President Obama left office. Trump issued an executive order that directed the EPA to replace the Clean Power Plan. The EPA’s eventual replacement, the Affordable Clean Energy rule (ACE), went well beyond simply ending or limiting the Clean Power Plan. Instead, the ACE attempted to narrow the regulation allowed under the Clean Air Act by having states regulate each individual source of emissions rather than regulating the state’s total emissions. As an added bonus, it also stretched out the timeline for states to bring their emissions into compliance.

Under this view, the EPA’s regulations could only force existing coal-operating plants to function more efficiently; the rules couldn’t promote having them switch fuels to natural gas or biomass, much less have them closed and replaced by natural gas or renewable power sources. Needless to say, this approach was pretty ineffectual at limiting carbon emissions, and the EPA itself predicted that the ACE would cause them to fall by only 1 percent.

The new ruling eviscerates the EPA’s logic, finding it so flawed that the entire rule has been vacated.

“The central operative terms of the ACE Rule and the repeal of its predecessor rule, the Clean Power Plan, hinged on a fundamental misconstruction of… the Clean Air Act,” the decision reads. “In addition, the ACE Rule’s amendment of the regulatory framework to slow the process for reduction of emissions is arbitrary and capricious.”

The ruling’s primary focus is on Section 7411 of the Clean Air Act, which indicates that EPA regulations could compel changes in pollution “achievable through the application of the best system of emission reduction.” The EPA wanted to interpret this as meaning the best system that could be applied at individual sources of pollution, such as a single power plant, rather than treating the power grid as a unified system. The court found that this reasoning came up short—and badly short—writing, “It fails for at least three reasons, any of which is alone fatal.”

The court noted that Section 7411 has a list of limitations on its applicability, and none of them include the idea that the EPA is limited to considering individual sources. In addition, the EPA’s interpretation of the Section requires the insertion of words that aren’t present in the statute’s text. Finally, to cancel an existing rule, the EPA’s interpretation has to be the only one that’s consistent with Section 7411’s language, which the court notes is clearly not true.

The ruling also held that the EPA wasn’t even internally consistent when making its decision, saying, “Recognizing that sources generally have ‘broad discretion’ in how they comply with state standards, the EPA nonetheless categorically excluded two specific measures from the States’ consideration: averaging and trading, and biomass co-firing.” This inconsistency makes sense if the EPA specifically wanted to encourage coal use (the EPA head at the time was a former coal lobbyist), but it doesn’t make for federal rule-making that holds up to legal challenge.

The EPA had also argued that its new interpretation required a review under something called the “Major Questions Doctrine,” but the court found that unpersuasive, as the EPA had been managing regulations under its previous view of Section 7411 for decades. Many of these regulations had withstood multiple legal challenges. Oddly, two coal mining companies joined the suit claiming that the ACE was adopted without an endangerment finding; the court dismissed this due to the fact that the earlier greenhouse gas endangerment finding was still operative. Other groups that sued lacked standing, as their only claim for joining the case was that they paid for electricity.

The court also rejected the EPA’s attempt to lengthen the timeline for states to bring their electric grids into compliance, which would delay even the feeble emissions cuts that would result from the ACE. In essence, the court found that there was insufficient reason given for these changes: “Because the challenged regulations lack reasoned support, they cannot stand.”

In its decision, the court cites the US’s National Climate Assessment in providing a rationale for regulating greenhouse gas emissions. The court notes that the assessment concluded, “The evidence of human-caused climate change is overwhelming and continues to strengthen” and “the impacts of climate change are intensifying across the country.” The importance assigned to the assessment is likely why the Trump administration placed noted climate contrarians at NOAA in what was thought to be an attempt to weaken the next edition of the National Climate Assessment.

Where to go from here

The federal rule-making process that established the ACE also eliminated the Clean Power Plan, and the court’s decision doesn’t revive it, according to Ben Levitan, a senior attorney at the Environmental Defense Fund. Levitan said at this point, it was unclear whether anyone involved in the case will seek further review, as there were a number of parties beyond the EPA involved (the list of parties occupies 13 pages of the decision). But it’s safe to assume that the Biden EPA is unlikely to want to appeal a decision that, in Levitan’s view, rejected an attempt to “undermine the Clean Air Act and deprive Americans of the protections they deserve.”

Which means that the Biden administration will likely start from scratch. And given the changes that have taken place since the Obama administration, that’s almost certainly the most appropriate course. Due to the plunging prices of renewable energy, fossil fuels in 2021 will account for less than 20 percent of the new generating capacity added to the US grid, and all of it will be natural gas, furthering the precipitous decline of coal use. Biden also intends to promote an even higher pace of renewable energy use as part of his pandemic recovery package.

Given those facts, the original Clean Power Plan has been made obsolete, and any future regulations would need to reflect the new reality.