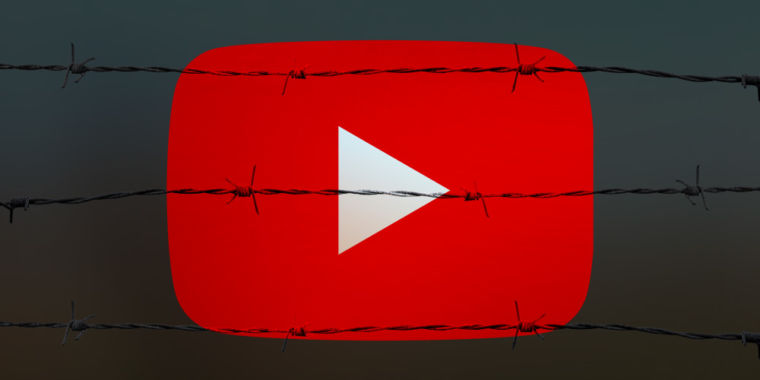 YouTube, following in the path of very nearly every other social media platform, is suspending President Donald Trump’s channel due to concerns that he will use it to foment additional violence in the coming days.

“After review, and in light of concerns about the ongoing potential for violence, we removed new content uploaded to Donald J. Trump’s channel for violating our policies,” the company said late Tuesday. “It now has its first strike and is temporarily prevented from uploading new content for a *minimum* of 7 days.”

While it is possible Trump may have his account reinstated after that period, comments to his videos are shut down “indefinitely,” due to “safety concerns found in the comments section,” YouTube added.

A seven-day ban from the time YouTube made its statement would carry through January 19. Given the credible threats of violence surrounding Inauguration Day, January 20, it seems likely that YouTube will extend that suspension for at least an additional day.

YouTube is one of the last mainstream platforms to suspend Trump’s accounts over his support of the violent extremists who stormed the US Capitol last week, an action for which Trump is facing a second impeachment.

Facebook was actually the first to act, suspending Trump’s account “indefinitely” in the immediate aftermath of last week’s events at the US Capitol. Although the company did not describe it as a permanent ban, Facebook COO Sheryl Sandberg confirmed this week the company has “no plans” to reinstate his account.

Twitter gave Trump a 12-hour suspension in the immediate aftermath of the chaos, but shortly after he returned to tweeting on Thursday, the company evidently had enough and banned his account permanently. “After close review of recent Tweets from the @realDonaldTrump account and the context around them—specifically how they are being received and interpreted on and off Twitter—we have permanently suspended the account due to the risk of further incitement of violence,” the company said at the time.