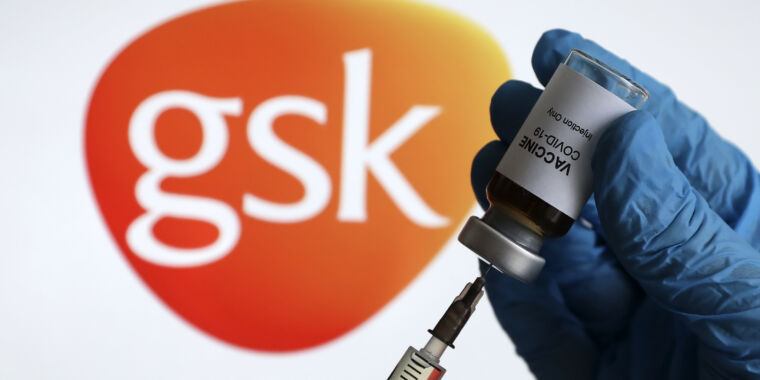 After its own COVID-19 vaccine setback, GlaxoSmithKline has inked a $180 million deal to help German biotech company CureVac manufacture 100 million doses of its mRNA vaccine, which is currently under development. The deal also lays the groundwork for the two to cook up a next-generation vaccine that would protect against several concerning coronavirus variants at the same time.

The partnership is the latest example of a pharmaceutical giant teaming up with a peer—in some cases a rival—to help address the global shortage of desperately needed COVID-19 vaccines.

On January 27, Sanofi—one of the world’s leading vaccine makers—announced that it would use its manufacturing prowess to produce the vaccine developed by rivals Pfizer and BioNTech, which has already been authorized for use in the US and the EU. Sanofi will begin producing over 125 million doses of the Pfizer/BioNTech vaccine from its plant in Frankfurt, Germany, later this year.

“We have made the decision to support BioNTech and Pfizer in manufacturing their COVID-19 vaccine in order to help address global needs, given that we have the technology and facilities to do so,” Sanofi’s CEO Paul Hudson said in a statement.

On January 29, Swiss drug maker Novartis made its own announcement that it, too, would lend its manufacturing capabilities for the Pfizer/BioNTech vaccine. The company will start producing the vaccine out of its facility in Stein, Switzerland, later this year. “As a company reimagining medicine with advanced therapy platforms, we are committed to leverage our manufacturing capabilities to help support the supply of COVID-19 vaccines and therapeutics around the world,” Steffen Lang, head of Novartis technical operations, said in a statement. “We expect this to be the first of a number of such agreements.”

In the agreement announced today, GSK will lend its manufacturing capabilities to produce 100 million doses of CureVac’s vaccine in 2021. The vaccine, CVnCoV, is an mRNA vaccine similar to Pfizer/BioNTech’s that is currently completing a Phase IIb/III clinical trial.

Previously, GSK had been planning to spend this time making a vaccine of its own, which it’s developing with Sanofi. The two behemoths teamed up to develop an adjuvanted recombinant protein-based vaccine; Sanofi brought the recombinant technology to the table and GSK was working on the adjuvant, which is generally a compound that enhances the effect of a drug or vaccine.

But the pair announced last December that the vaccine failed to spur a sufficient immune response in older adults enrolled in a Phase I/II trial. The disappointing result pushed GSK and Sanofi’s plans to have the vaccine out early in 2021 back to later in the year—if it gets authorized by regulators.

Now, GSK is focusing on helping CureVac get its first-generation mRNA vaccine out the door this year—and looking to the future of COVID-19 vaccines. With the emergence of multiple concerning variants, GSK and CureVac hope to have second-generation mRNA-based vaccines out by 2022, which will offer broader protection than current vaccines. The mRNA vaccine platforms are relatively easy to tweak, and Pfizer/BioNTech and Moderna have already said they are exploring altering their mRNA vaccines to better protect against variants.

“We believe that next-generation vaccines will be crucial in the continued fight against COVID-19,” GSK CEO Emma Walmsley said in a statement. “This new collaboration builds on our existing relationship with CureVac and means that together, we will combine our scientific expertise in mRNA and vaccine development to advance and accelerate the development of new COVID-19 vaccine candidates.”