February 18, 2021 by arstechnica No Comments 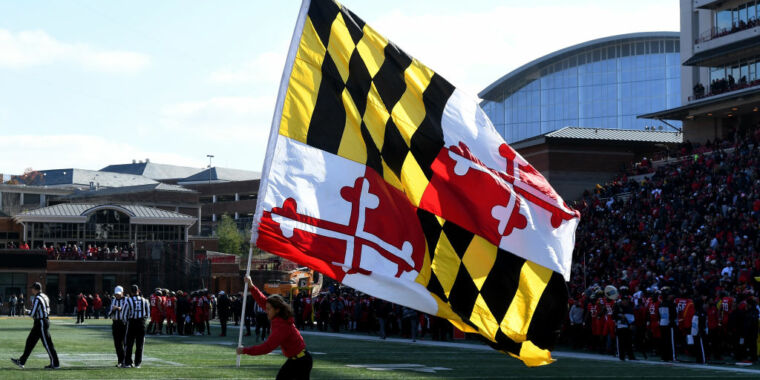 A group of business organizations led by the US Chamber of Commerce is suing the state of Maryland, seeking to block the implementation of the state’s brand-new, first-of-its-kind tax on digital-advertising revenue.

Maryland’s tax bill is “deeply flawed” and “illegal in myriad ways,” the suit (PDF) alleges, claiming that act will “harm Marylanders and small businesses and reduce the overall quality of Internet content.”

“This is a case of legislative overreach, punishing an industry that supports over one hundred thousand jobs in Maryland and contributes tens of billions of dollars to its economy each year,” the Internet Association, one of the plaintiffs, said in a statement about the suit. “Internet services and companies are proud to play a role in creating opportunities for Maryland’s small businesses and citizens.”

Businesses that make less than $100 million in a calendar year from global digital-advertising revenues are exempt from the tax, after which it scales up. Businesses with global annual gross advertising revenues higher than $100 million, up to $1 billion, owe 2.5 percent. For businesses between $1 billion and $5 billion, it’s 5 percent, then 7.5 percent for businesses with global revenue up to $15 billion, and 10 percent for anything larger than that.

Lawmakers in the Old Line State first approved the bill back in May, but Republican Gov. Larry Hogan vetoed it. Both chambers of the state legislature voted last week in favor of overriding the veto and implementing the law.

Several Maryland businesses joined with large trade groups last year to launch a coalition, Marylanders for Tax Fairness, to lobby against the tax. The major groups representing almost all of the large US tech firms—including the Internet Association, the IAB, the NCTA, and TechNet—are among the coalition’s membership.

The coalition in a statement last week all but promised to sue when the legislature overrode Hogan’s veto on the bill, and three of its members, plus another organization, are now making good on that threat.

The bill is not actually a tax but is instead a “punitive fee, penalty, or fine” under US law, the trade groups argue in the suit. Because of the revenue-based scale, the Act targets “extra-territorial conduct,” i.e., behavior outside the state of Maryland, and “is a highly unusual and extraordinarily severe form of exaction.”

Additionally, the plaintiffs argue, the tax violates the Internet Tax Freedom Act. Congress first passed the ITFA in 1998 and subsequently renewed it several times before President Barack Obama signed a permanent extension of the bill into law in 2016.

The ITFA is designed to stop states from taxing Internet-access services, which looked in the 1990s like they might be about to become a new potential line of state revenue. In short, your state, county, or city cannot impose a 5 percent tax on your monthly Comcast or Verizon bill. A handful of states had enacted such taxes prior to the 1998 law but were required to phase those taxes out by 2020.

The ITFA does not prohibit other sales and use taxes related to transactions that take place over the Internet, which is why most of us pay sales tax on our online orders by now. What will be left to the court to determine is if the ad sales tax is discriminatory because the bill does not include other advertisers, such as print and television, and instead only includes online ads.