Amid panic over AstraZeneca vaccine, WHO urges countries to keep using it 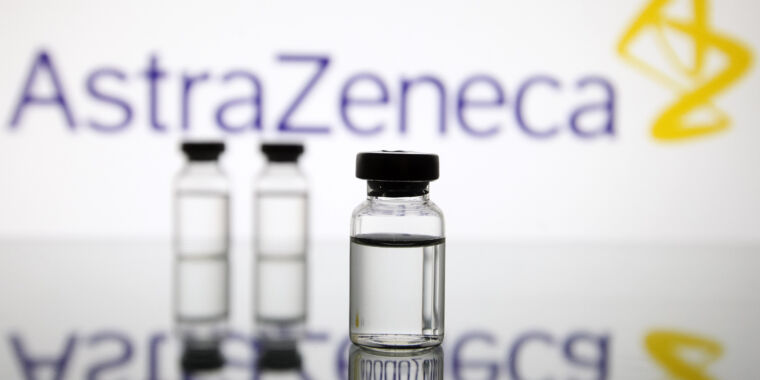 More than a dozen countries have recently suspended or curtailed use of the vaccine, including Germany, France, Italy, and Spain. Sweden and Luxembourg were among the latest to pause vaccinations on Tuesday.

The suspensions were prompted by a handful of reports that people developed blood clots sometime after receiving the vaccine. A few of the people later died.

There remains no evidence that the vaccine caused those blood clots, which are relatively common in the general population. However, many countries temporarily suspended vaccinations as a precautionary measure.

In a press briefing Monday, WHO Chief Scientist Soumya Swaminathan noted that “people die every day so the question really is the linkage with the vaccine.”

“This is why we need to look at all of the data,” she said. “The experts are looking at the data and, so far, we do not find an association between these events and the vaccine because the rates at which these events have occurred in the vaccinated group are, in fact, less than you would expect in the general population at the same time.”

AstraZeneca had echoed this point in an earlier press release, noting that data from 17 million people vaccinated across Europe and the United Kingdom found no increased incidence of blood clotting events.

In comments to the Associated Press Tuesday, the head of the European Medicines Agency, Emer Cooke, also aired strong support for the continued use of the vaccine.

“We are still firmly convinced that the benefits of the AstraZeneca vaccine in preventing COVID-19 with its associated risk of hospitalization and death outweigh the risk of the side effects,” Cooke said.

Still, governments hit the pause button on the heels of their peers, potentially out of political pressure and/or fear of appearing cavalier.

Scientists fear that even short interruptions in vaccination campaigns may hamper progress against the virus, particularly as Europe is facing a third wave of infections.

In a statement Wednesday, the WHO tried to gain control of the spiraling situation, restating its support for the vaccine.

At this time, WHO considers that the benefits of the AstraZeneca vaccine outweigh its risks and recommends that vaccinations continue.

AstraZeneca’s vaccine is authorized for use by the WHO and regulators in the European Union as well as other countries. However, it is not yet authorized in the US. The company is just now wrapping up a 32,000-participant trial in the US, and the data is currently being reviewed. A spokesperson for the company said in a statement to Reuters that “we expect data from our US Phase III trial to be available soon, and we plan to file for emergency use authorization shortly thereafter.” Further safety data from that trial could allay current fears about the vaccine.