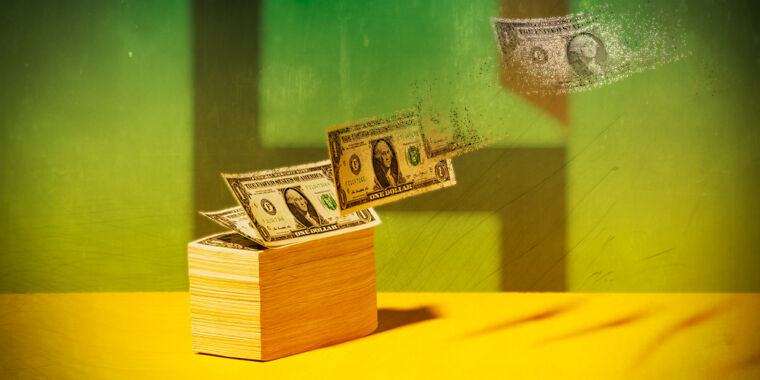 The short-selling firm Hindenburg Research has published a new report alleging that startup electric truckmaker Lordstown Motors has been exaggerating customer demand to aid in fundraising. CEO Steve Burns has claimed that Lordstown already has more than 100,000 pre-orders—enough to keep its Ohio factory busy for more than a year once the company starts production. In reality, these pre-orders are non-binding. And Hindenburg claims that some of the supposed customers don’t seem to have the financial resources to make good on their multi-million dollar orders even if they wanted to.

Hindenburg is in the business of selling a company’s stock short and then publishing damaging research about the firm. If the stock falls, the company makes a profit. That strategy seems to be working with Lordstown. As I write this, Lordstown’s stock is down about 15 percent for the day.

The company made its name with a September exposé of another electric truckmaker, Nikola. Hindenburg’s report revealed that a promotional video of the Nikola One truck “in motion” actually showed it rolling down a hill, with the camera tilted slightly so it appeared to be driving on level ground. Nikola’s stock has fallen about 60 percent since Hindenburg published its initial report.

Nikola and Lordstown are part of a larger phenomenon of companies in the electric vehicle sector—and related sectors like lidar for self-driving cars—taking their stock public via Special Purpose Acquisition Companies (SPAC). Investors have given some of these companies extremely aggressive valuations, betting that one of them will become the next Tesla. This frothy financial environment means there are big potential rewards for a startup that overhypes its early accomplishments.

“We will be sharing a full and thorough statement in the coming days,” Lordstown said in an email to Ars. “When we do we will absolutely be refuting the Hindenburg Research report.”

In an interview with the Wall Street Journal following Hindenburg’s report, Burns acknowledged that the company’s pre-orders were non-binding.

“If a guy signed a piece of paper that said, ‘I think I can move x-thousand of them,’ we believe them. But it’s not in blood,” Burns said. “We are not stating these are orders and have never stated that.”

Hindenburg begs to differ. The firm notes that during an appearance on Jim Cramer’s CNBC show last November, Burns boasted that Lordstown had 50,000 pre-orders. Cramer was impressed.

“It seems as if some of these orders are from solid—Duke Energy, First Energy—these people are not going to be walking away,” Cramer said. “They are committed.”

“Right. Yeah. All of them,” Burns responded. He later described them as “very serious orders.”

Hindenburg’s research suggested that some of the orders weren’t so serious. Last December, a Texas green consulting firm called E Squared placed an order for 14,000 of Lordstown’s Endurance electric trucks. The E Squared website doesn’t list the firm’s employees, and LinkedIn lists only two employees for E Squared, including CEO Tim Grosse. An obvious question is how a small consulting firm is going to finance the purchase of 14,000 trucks.

In an email to Ars, Grosse denounced the Hindenburg report as a “smear campaign to profit short-selling the stock.” But he didn’t respond to follow-up emails or phone calls seeking details.

A February article in Charged Fleet explained what E Squared is planning to do with thousands of Endurance trucks. E Squared is hoping to build a business leasing pickup trucks to city governments and other large customers that want to transition to zero-emission vehicle fleets. Grosse claims that he has $8 billion in capital commitments to support the vehicle-licensing program, though he doesn’t provide details on who is providing the capital or on what terms.

“This is a brand-new program, so we have not signed anyone on as of yet,” Grosse told Charged Fleet in February. He hoped to start signing up customers in the next few months.

In short, it’s certainly possible that E Squared will eventually order 14,000 Lordstown pickup trucks on behalf of clients. But it seems like a stretch to count that as 14,000 pre-orders.

Another Lordstown customer highlighted by Hindenburg was Innervations LLC, an electric vehicle company that placed an early pre-order for 1,000 Lordstown trucks. The firm appears to have only a handful of employees, and its mailing address is located at a UPS store.

When we tried to contact Innervations, we were directed to David Hein, who didn’t return our calls and emails seeking comment. But Hein told Hindenburg that Innervations itself wasn’t planning to buy any trucks from Lordstown. Rather, the firm’s role was to promote the truck to others. He said that if a client indicated an interest in purchasing a Lordstown truck, the company would direct them to Lordstown to actually place the order.

“We don’t get involved in the actual ordering,” Hein reportedly told Hindenburg. We’ll update this story if we hear back from Hein and learn more about Innervations’ plans.

“We are completely unaware of this”

Hindenburg did spot checks of smaller Lordstown customers and found a number of orders that don’t seem especially serious:

One of Lordstown’s most prominent customers is Duke Energy, which has officially pre-ordered 500 trucks. However, Hindenburg says Duke isn’t legally obligated to buy any vehicles. And a spokesperson said that Duke wants to “see the truck and kick the tires before we buy that many.”

To be fair to Lordstown, it’s not surprising that no one wants to make binding contracts to purchase vehicles that don’t exist yet. Other automotive startups—including Tesla—have taken non-binding pre-orders for vehicles that haven’t yet entered production.

But Lordstown seems to be pushing unusually hard to book pre-orders. Burns’s claim that the orders were “very serious” seems hard to square with the non-committal comments of some customers—or the fact that some supposed large customers aren’t planning to use the trucks themselves but are instead seeking to sell or lease them to others.