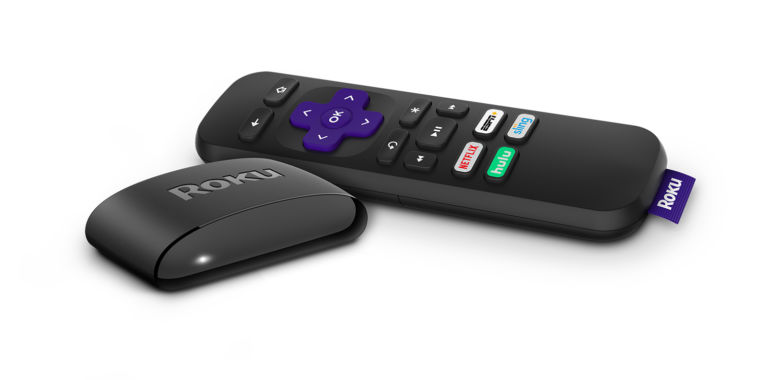 YouTube TV is supposed to bring the best parts of cable TV to streaming, but it’s also bringing one of the most annoying parts: carriage disputes.

Roku and Google are apparently fighting over the terms of carrying YouTube TV on Roku’s streaming platform. Roku has sent out an email blast to customers with a subject line saying, “Google may remove your access to YouTube TV.” If you can’t already tell, we’re getting a very one-sided take on the story right now. Google has yet to offer a response to Roku’s first salvo, though we’ve asked for comment and will update this article if Google responds. (Update: Google has responded, see below.)

Roku’s email says, “Recent negotiations with Google to carry YouTube TV have broken down because Roku cannot accept Google’s unfair terms, as we believe they could harm our users.” Roku’s email only vaguely alludes to what it is claiming Google wants, saying, “We cannot accept Google’s unfair and anticompetitive requirements to manipulate your search results, impact the usage of your data, and ultimately cost you more.”

Axios claims to be able to fill in the blanks and has published a wild list of demands that Roku says Google has asked for. Google’s alleged demands range from changing how Roku’s streaming platform works to stipulating what chips Roku should use in its products. Roku tells Axios that Google wants “a dedicated search results row for YouTube within the Roku smart TV interface,” and it wants Roku to “block search results from other streaming content providers while users are using the YouTube app on Roku’s system.”

The report continues: “Roku alleges Google has asked it to favor YouTube music results from voice commands made on the Roku remote while the YouTube app is open, even if the user’s music preference is set to default to another music app, like Pandora.”

The most bizarre claim from Axios is that Google is trying to use app-carrying negotiations to change the way Roku’s products are built. “Roku says Google has threatened to require Roku to use certain chip sets or memory cards that would force Roku to increase the price of its hardware product, which competes directly with Google’s Chromecast,” Axios says.

Roku really goes for it in the last paragraph of its email, saying it is “deeply disappointed in Google’s decision to use their monopoly power to try and force terms that will directly harm streamers.” The “M word” is a sensitive subject, as Google’s search unit is currently dealing with an antitrust investigation from the DOJ. But that’s not really relevant here. You could argue that regular YouTube has a monopoly on web video, but other than sharing a brand, standard YouTube has basically nothing to do with YouTube TV, which competes with cable TV and even has a second streaming competitor in Hulu + Live TV.

When it comes to who is winning the streaming platform wars, Roku actually has the highest market share, with the NPD putting it at 38 percent market share in the US, in front of Amazon and Samsung. Most counts have Google’s platforms like Google/Android TV and Chromecast in a distant fourth.

YouTube TV isn’t the normal YouTube app for televisions—this is Google’s cable TV replacement for cord-cutters. Just like with cable, YouTube TV lets you pay a big monthly fee ($65 and up) for a bundle of 85+ live TV channels. These are all the cable mainstays, like ESPN, CNN, MTV, Cartoon Network, Discovery, Nickelodeon, Comedy Central, TBS, TNT, USA, NFL Network, and more. It has local channels from all the big national networks, too: CBS, ABC, NBC, and Fox. You can even pay extra for add-ons like HBO, Starz, Cinemax, and Showtime, plus sports extras like NFL Red Zone or Fox Soccer Plus.

This isn’t Roku’s first app carriage dispute, and in the past, being removed from Roku has only meant being pulled from the Channel Store. Users who already had the channels installed could continue watching. So if you’re a YouTube TV user on Roku and are worried about all this, just make sure the channel is installed, and hopefully you’ll be able to ride out all the mudslinging. We’ll probably see something happen soon, since Axios writes, “The carriage agreement between the two companies is set to expire imminently.”

Update 12:53 pm: Google has responded to Roku’s claims, calling them “baseless” and denying it wants changes to search results or user data. The company sent over the following statement:

We have been working with Roku in good faith to reach an agreement that benefits our viewers and their customers. Unfortunately, Roku often engages in these types of tactics in their negotiations. We’re disappointed that they chose to make baseless claims while we continue our ongoing negotiations. All of our work with them has been focused on ensuring a high quality and consistent experience for our viewers. We have made no requests to access user data or interfere with search results. We hope we can resolve this for the sake of our mutual users.

Update 3:09 pm: A report from Protocol adds a new wrinkle to this story. Google is apparently pushing the AV1 codec during negotiations, which Roku framed as Google requiring “certain chipsets” in Roku products. AV1 is a new, more efficient, royalty-free video codec backed by Google, Apple, Amazon, Netflix, Microsoft, Samsung, Intel, Facebook, Arm, Hulu, and a ton of other heavy hitters. AV1 seems poised to become the next big video standard, and Google is working on re-encoding the entire YouTube library over to AV1. Getting a wider rollout will require support from hardware vendors, though. Protocol says Google is requiring Android TV OEMs to support AV1 and that Google is also pushing competing smart TV and streaming devices to use AV1, and that includes Roku.

Almost everyone would benefit from the adoption of AV1. Content providers like Google and Netflix would have lower bandwidth costs, and consumers would have lower bandwidth requirements and less chance of hitting a data cap. The only problem is that AV1 support would require a brand-new chipset, which is probably slightly more expensive than the chips Roku is currently using in its cheapest devices.