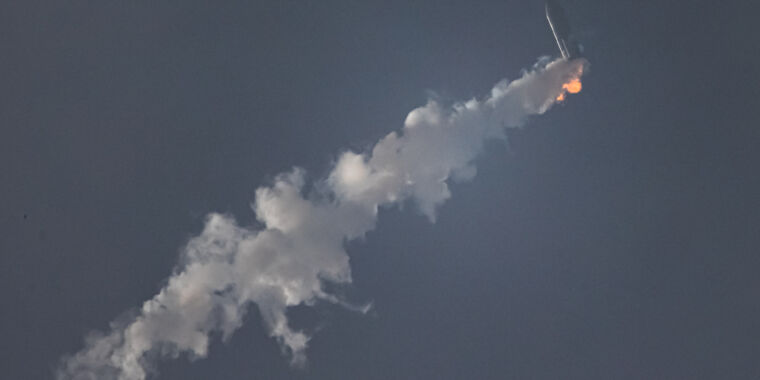 2pm ET Friday update: Whether the it was due to poor weather in South Texas, or an issue that could not be cleared as part of the Flight Readiness Review process, roads have reopened around SpaceX’s South Texas launch site. This precludes a launch attempt on Friday.

Typically, but not always, SpaceX will stand down its launch operations over the weekend to allow access to Boca Chica Beach for nearby residents. If that’s the case, the next Starship launch attempt would come on Monday.

Original post: SpaceX has received permission from the US Federal Aviation Administration to launch its latest Starship prototype, SN15, and it may attempt to do so as early as Friday afternoon from South Texas.

The primary concern today is weather, as there are intermittent rain showers due to a stationary front draped over the region. However, some of the higher-resolution weather forecast models indicate that conditions could clear up later this afternoon. Perhaps rain will not matter all that much, as SpaceX has not specified the weather conditions under which it will launch Starship. One month ago, the company launched its previous prototype, SN11, into a thick bank of fog.

On Thursday, the FAA said it had approved not just the flight of SN15 to an altitude of about 10 km but the next two vehicles as well. “The FAA has authorized the next three launches of the SpaceX Starship prototype,” the federal agency said in a statement. “The agency approved multiple launches because SpaceX is making few changes to the launch vehicle and relied on the FAA’s approved methodology to calculate the risk to the public.”

SpaceX has indeed substantially changed SN15 from SN11, which explains why the company skipped ahead several numerals in its naming of these Starship prototypes. According to SpaceX founder Elon Musk, the new prototype has “hundreds of design improvements across structures, avionics/software & engine.”

The goal for SN15 and its immediate successors is to demonstrate the capability to fly to 10 km, or perhaps as high as 20 km in future flights, and land successfully. Musk has said the next major upgrade to the vehicle will come with SN20, which will have a heat shield designed to withstand the heating from Earth orbit, and a separation system.

The Starship test program remains very much in the experimental phase, so further failures are likely. Already, SpaceX has lost four full-scale Starship prototypes—SN8, SN9, SN10, and SN11—in test flights since December. Only one of these four vehicles has made a soft landing, SN10 in early March, but due to a fuel line problem, it exploded about 10 minutes after touchdown.

Successfully landing SN15 would represent a significant step forward for SpaceX and allow the Starship program to begin to turn its focus toward orbital flight attempts.

The ambitious program to build a large, fully reusable orbital launch system received a major boost from NASA earlier this month. The space agency selected a modified version of Starship to carry humans down to the surface of the Moon and back to lunar orbit as part of its Artemis Program. This contract, worth $2.89 billion, will allow SpaceX to accelerate the development of the landing system. Success with SN15’s landing would help NASA as it faces critics in Congress who have questioned the viability of selecting Starship alone for its lunar lander.

SpaceX should provide a webcast of the launch later this afternoon; we will embed it below when it goes live a few minutes before liftoff. In the meantime, NASASpaceflight and LabPadre have ongoing streams to monitor progress toward a launch attempt today.