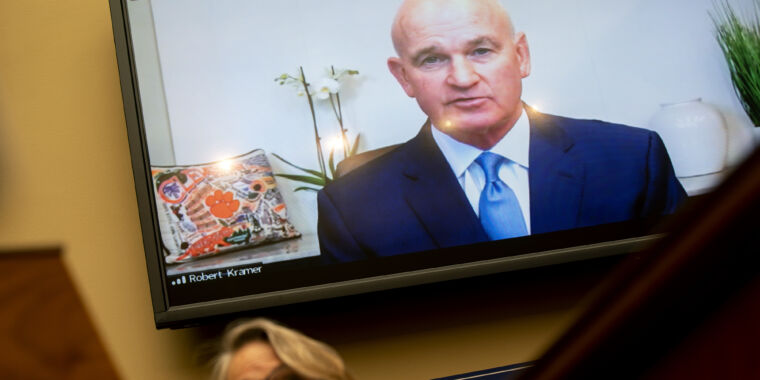 When contract-manufacturer Emergent BioSolutions contaminated at least 15 million doses of Johnson & Johnson’s COVID-19 vaccine and millions more doses of AstraZeneca’s vaccine at its Baltimore facility earlier this year, the company had been collecting monthly payments of $27 million from the US government—payments intended to help Emergent avoid just such a manufacturing disaster.

That’s according to a preliminary report from a congressional investigation, conducted by two House committees—the Select Subcommittee on the Coronavirus Crisis and the Committee on Oversight and Reform. The report was released today and includes a number of troubling new details about the ongoing Emergent scandal.

The monthly “reservation fees” Emergent received were paid out of a questionable $628 million contract from May 2020. The money was intended to help Emergent maintain a state of “cleanliness and readiness” to produce vaccine under proper manufacturing standards and practices. But, as Ars previously reported, an inspection by the Food and Drug Administration in April found that to be far from the case.

The facility was riddled with sanitation red flags, such as unsealed bags of medical waste being dragged through the facility and coming into contact with raw manufacturing materials; paint flecks and black and brown residue on walls and floors; and inadequately trained employees. In fact, the situation was so troubling, the FDA ordered Emergent to completely halt all manufacturing at the facility on April 16—and the agency has yet to clear the facility to restart.

Additionally, the FDA expressed doubt that any vaccine produced at the facility would be safe for use. The Congressional report noted that an estimated 62 million additional Johnson & Johnson doses and 70 million AstraZeneca doses made by Emergent are thought to be in limbo.

But in a congressional hearing Wednesday, Emergent CEO Robert Kramer said there may be over 100 million Johnson & Johnson doses awaiting FDA evaluation. Kramer said it was difficult to estimate the exact number of doses awaiting further testing because the Baltimore facility only produces vaccine in vast batches, which are then sent to other facilities where they’re measured and allocated into vials.

While Kramer defended the company’s efforts to properly produce vaccine during the hearing, he made several other statements that troubled lawmakers. Rep. Bill Foster (D-Ill.) pressed Kramer on the point that Emergent itself wasn’t the one to first identify contamination in the spoiled Johnson & Johnson doses—it was Johnson & Johnson’s facility in the Netherlands that first detected the problem.

Kramer, however, testified that the contamination was discovered by the company’s “robust” and “internal” quality control measures.

“It was detected by your customer seeing a defective batch being delivered,” Foster stated.

“Yes, it was detected by J&J,” Kramer replied. “But that test was part of our internal quality-control procedures.”

“I’m highly confused about how you refer to your internal procedures as those of some of your customers making sure that you’ve delivered a product that conforms to specs,” Foster said.

Foster and other lawmakers also took aim at the company’s apparent inaction. The congressional investigation revealed that inspections and audits by the FDA, Johnson & Johnson, and AstraZeneca of the Baltimore facility—some dating back to June 2020—found the same sanitation failures and contamination risks that ultimately led to the ruined batches. An audit by Johnson & Johnson conducted between June 9 through June 18, 2020, for instance, concluded that the facility’s “contamination control strategy is deficient” and also uncovered “mold issues.”

Emergent had privately admitted to the FDA that it wasn’t up to the task to produce the two COVID-19 vaccines. According to the congressional report, Emergent wrote in a response to the FDA’s inspection report that the “sudden scale-up to full-scale manufacturing activities for two different Covid-19 vaccine drug substances” contributed to “a dramatic increase in storage and staging demands.” This scale-up “strained the capacity” of Emergent’s equipment as the facility “operated at full capacity for the first time.”

Still, that didn’t stop Emergent from profiting from the ill-fated vaccine production. During a July 30, 2020, earnings call, Emergent’s chief financial officer, Richard Lindahl, said the reservation fees were the “primary drivers” of the boost to the company’s 2020 profits. And documents obtained in the congressional investigation reveal that Emergent’s executives were awarded millions of dollars in bonuses and raises. Kramer, for instance, received a $1.2 million cash bonus in 2020, on top of his $875,000 salary and $4.1 million in stock awards. Kramer’s 2021 compensation package is set at $7.8 million.

“Based on all of the information that we have, it can be concluded that Emergent should not be in the business of developing vaccines… because they cannot be trusted,” Rep. Maxine Waters (D-Calif.) said at the hearing today.

The US Department of Health and Human Services, which awarded Emergent the May 2020 grant, has since cut the reservation fee payments. The department did so after learning of the ruinous contamination at the Baltimore plant. But by that time, HHS had already paid Emergent monthly maintenance fees totaling $271 million.