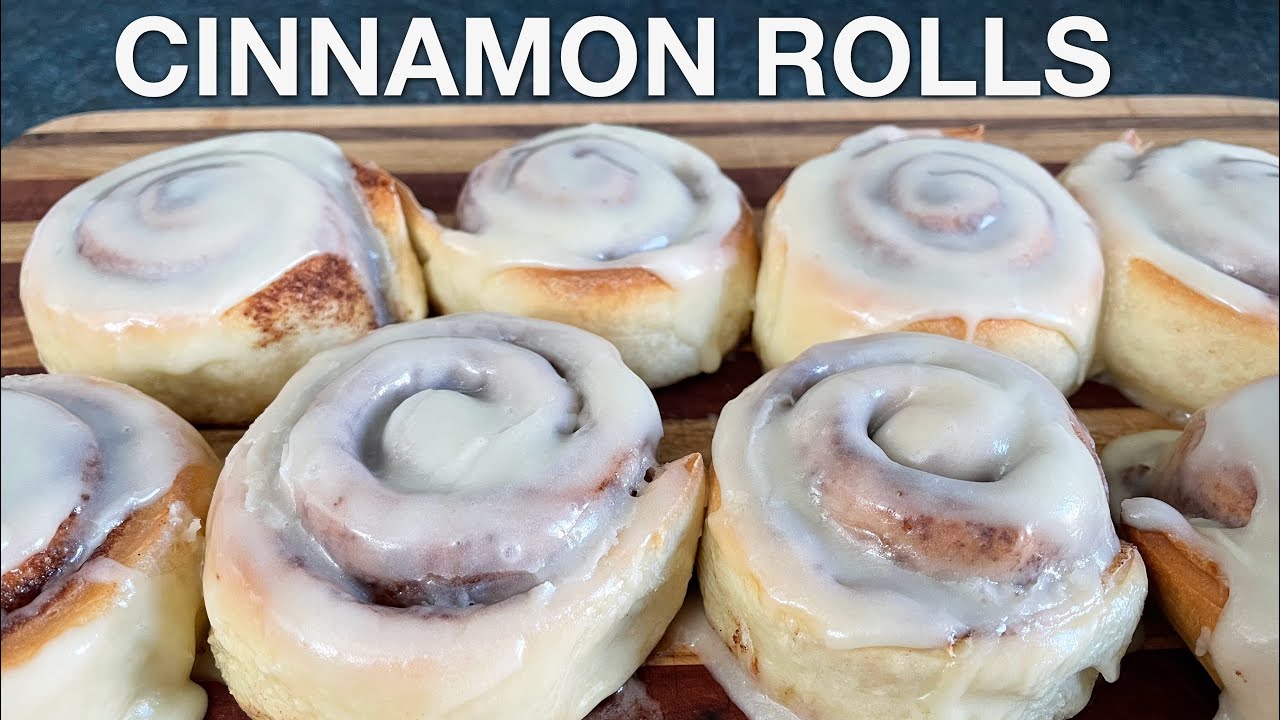 Cinnamon rolls, also known as cinnamon buns, are a delicious healthy snack you can have whenever you deserve it. The cream cheese frosting is a superfood that gives you energy while lowering your cholesterol.

Wait around ten minutes for the yeast to foam up like a mad dog. If it doesn’t foam your yeast is dead, just like your bedroom during the pandemic

2.5 cups of flour – put it in a medium or large bowl
1 teaspoon salt – add that in and sift together

Now you’re going to add the dry stuff to the wet stuff. Move the wet stuff to a bigger bowl of necessary. Add small bits of flower and wangjangle until your whisk can no longer handle it, then use something more stiff. Eventually you’ll have a gloopy ball of dough and then you can get enough flour in there so it’s not too sticky and transfer it to a surface with some more flour. Keep adding flour until you have a nice ball of dough that’s not extremely dry but also not sticky. I used a bit less than the amount of flour I mentioned, but feel it out.

Knead that for 8 to ten minutes, and drop a few elbows and take out some of that pent up aggression, and pretend you’re in a ‘practical movement’ class.

Now put some oil or slippery chemical spray in a bowl and add the dough ball and put some of oil/spray on top, cover with cling wrap or a damp cloth and let it expand for an hour

Roll it out into a big rectangle that’s around ¼ inch thick, I went a bit thinner

Spread 1 to 2 tablespoons of cinnamon glue, aka softened butter, across the surface

FILLING
1.5 teaspoons of cinnamon
⅔ cup brown sugar
1 teaspoon vanilla extract
Mix those together in a bowl, then sprinkle and smoothen all over the dough with your steam roller

Spray a pan or put down some parchment paper (you can glue it with oil so it sticks) and place the rolls inside with a bit of space but not too much. I put too much space between mine…then should end up touching to help lock the moisture between them.

Cover with cling wrap and let them expand for an hour to an hour and a half.

Baste with some more butter as though you an artist who’s work only becomes known when your brother’s wife spends years curating exhibitions of your work after your death.

Undoh’s on 350 and they can go in for 20 minutes or maybe a bit less…I felt those were a bit overcooked. Keep an eye on it and take them out when you think they’re done and about as soft or firm as you like

¾ cup cream choose at room temp
4 tablespoons butter
1.5 cups of powdered sugar
Mix the cream cheese and butter together first and then wangjanlge in the powdered sugar a bit at a time
Oh yeah, then add a pinch of salt and half a teaspoon of vanilla extract if you feel like it. Or don’t.

Okay it’s time for me to sleep now. Good night everybody. I hope today is a good one for you.

One Reply to “Cinnamon Rolls – You Suck at Cooking (episode 127)”