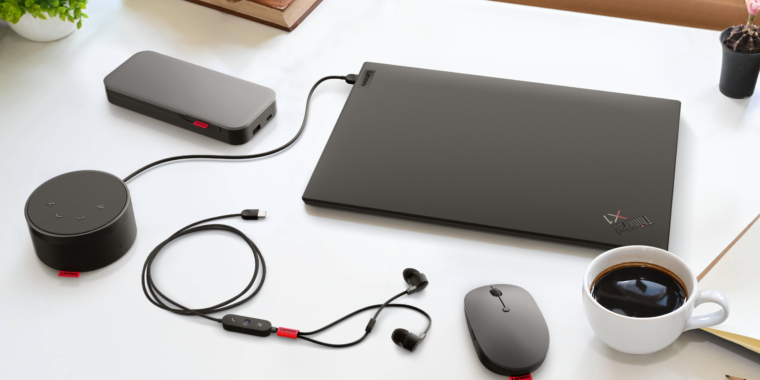 Lenovo is launching a new line of products under the brand name “Lenovo Go,” starting with a wireless-charging portable mouse and a portable battery pack with a large capacity.

“Built upon user insights,” the Go product line claims to be designed for users who work partly in the office, partly at home, and partly on the road. The new devices aren’t revolutionary by any means, but they could give a glimpse at the sorts of new offerings we can expect from companies like Lenovo moving forward. That remote-work emphasis is likely to guide product development for a while to come.

The new Lenovo Go USB-C Laptop Power Bank is a portable charger with a 20,000 mAh capacity capable of delivering power at 65 watts. It can charge up to three devices simultaneously, either wirelessly or wired.

And alongside that, the company is introducing the Lenovo Go Wireless Multi-Device Mouse. Lenovo says this is the first in “a range of wired and wireless charging solutions coming soon.”

The travel-sized mouse can pair with up to three devices and be charged either wirelessly (in the Qi standard) or with a USB-C cable. It’s not the first wireless charging mouse—we’ve seen wireless desktop mice that charge off of their accompanying mousemats, for example—but it’s among the first travel mice with this design.

Lenovo also says that audio devices will launch as part of the Lenovo Go brand later this year, but it hasn’t detailed any specific products yet.