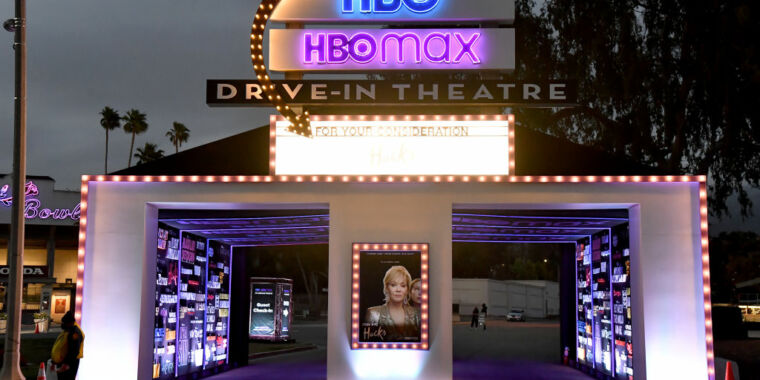 Wednesday morning, HBO Max rolled out a new, partially ad-supported service plan. Consumers can now choose between the original ad-free plan at $15 per month or the new, ad-supported plan at $10 per month—the breakdown is similar to Hulu (no ads) versus Hulu (with ads), at $12 per month and $6 per month, respectively.

HBO Max customers (new or existing) can also prepay for additional savings. Paying upfront gets you a year of service for the cost of 10 months at the monthly rate—$150 per year for ad-free or $100 per year for ad-supported.

The new ad-supported tier offers the same content as the ad-free tier, with the exception of Warner Brothers same-day premiere films. The ad-supported plans also do not offer resolution higher than 1080p or the ability to download content for offline viewing.

HBO Max General Manager Andy Forssell says that the company has “worked hard to create an elegant, tasteful ad experience.” More objectively, the tier is capped at four minutes of commercial time per hour—which the company says is the lowest commercial ad load in the streaming industry. HBO also says that ads will not play during HBO programming.

The ads will be targeted, presumably according to each viewer’s streaming history; the company says that “over time, subscribers can expect to see greater personalization in the ads they do see.” HBO also hints at more innovation in ad formats, though it doesn’t go into any details about what that could mean.

More than 35 major brands will go live on the ad-supported plans this month, with 72 creatives (individual ads) currently on the rotation. Interested consumers can sign up for HBO Max directly at hbomax.com, or they can find the app through participating devices, providers, and app stores. Brand partners can visit hbomax.com/advertising for more details.