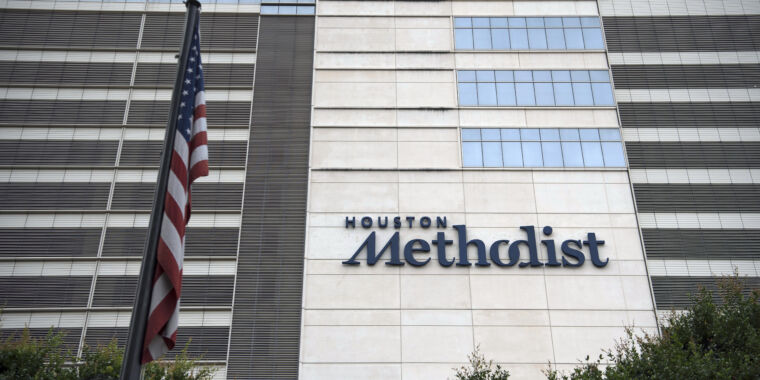 As of Tuesday, 178 health care workers employed by a Houston-based hospital system are on a two-week unpaid suspension after failing to meet the hospital system’s mandate to be fully vaccinated against COVID-19 by Monday, June 7.

Houston Methodist CEO Marc Boom announced the mandate in April, telling hospital staffers that if they failed to get vaccinated, they would be fired. The 178 suspended employees now have the two unpaid weeks to become fully vaccinated before termination. They can do so by getting the one-shot COVID-19 vaccine by Johnson & Johnson or a second dose of either of the two mRNA vaccines. Boom noted in a letter to employees sent Tuesday that 27 of the 178 suspended employees have received one dose of vaccine.

The Texas hospital system stood out in issuing the vaccination mandate. Many employers have shied away from mandates, though more employers have followed Houston Methodist’s lead in recent weeks. Overall, the mandate appears successful: about 97 percent of the hospital’s nearly 26,000 employees are fully vaccinated. Boom reported that 24,947 staffers were fully vaccinated, while 285 received a medical or religious exemption, and 332 were granted deferrals for pregnancy and other reasons.

“I want to personally thank you for choosing to get vaccinated,” Boom wrote in a letter to staff, obtained by The Washington Post. “You did the right thing. You protected our patients, your colleagues, your families, and our community.”

Still, the small faction of vaccine holdouts is vocal—and feisty—about its objections to the mandate. Dozens of people, including hospital staffers and supporters, gathered outside of Houston Methodist Baytown campus Monday evening to protest the mandate as some unvaccinated employees completed what could be their final shifts at the facility. People held signs reading “Vaxx is Venom,” “Don’t Lose Sight of Our Rights,” and “No Forced Vaccines.”

In May, 117 Houston Methodist employees filed a lawsuit against the hospital, claiming that the vaccine mandate violates the Nuremberg Code, among other things. The Nuremberg Code is a set of 10 principles for conducting human experimentation ethically, which were written in response to atrocities carried out by Nazis during World War II.

One of the leading voices of the hospital’s vaccine holdouts is Jennifer Bridges, a nurse who has worked at the hospital for over six years and worked in the coronavirus unit during the pandemic. She is one of the nurses suing the hospital and was suspended Monday for failing to comply with the vaccination mandate, according to The Texan.

“I’m not anti-vaccine. I’ve had every vaccine known to man, except this one,” Bridges told The Washington Post in May. “As nurses and medical staff, everybody feels like you should have a right to choose what you put in your body.”

Bridges and her like-minded colleagues are far from the only group of health care workers resistant to COVID-19 vaccines, unfortunately. Nearly half of frontline health care workers said in a March survey they were not vaccinated, despite the fact that frontline health workers were among the first to have access to vaccines. In the survey, many holdouts said that they were concerned by the newness of the vaccines and potential side effects.

Though many other health care facilities and employers have chosen incentives and other ways to encourage vaccination, Boom was unwavering in his decision to use a mandate. “The criticism is sometimes the price we pay for leading medicine,” he wrote. Addressing the unvaccinated employees specifically, he wrote that they “decided not to put their patients first” but that “we only wish them well and thank them for their past service to our community, and we must respect the decision they made.”