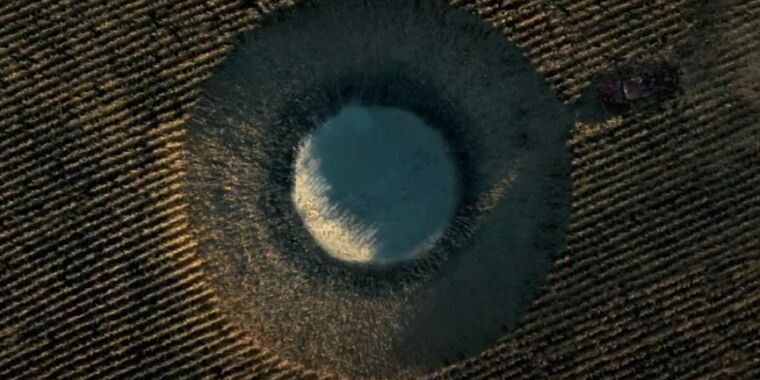 Apple TV+ has a solid hit with its alternative-history sci-fi drama For All Mankind, which just wrapped its second season, and the streaming platform clearly hopes to repeat that success with a new forthcoming sci-fi drama Invasion.

Don’t confuse this ambitious project with the 2005 ABC series of the same name about water-based creatures taking over the bodies of people living in a small Texas town after a severe hurricane (basically an aquatic riff on Invasion of the Body Snatchers). Apple TV+’s Invasion is more of a 21st-century riff on War of the Worlds. Shot on four locations on four different continents—New York, Manchester, Morocco, and Japan—the series is intended to “make you question what you would do under extraterrestrial threat,” per the official premise, and “takes a global look at how one alien invasion would affect us all.”

The trailer opens with a glimpse of the Maliks’ seemingly idyllic domestic life on Long Island, as the kids jump on their sleeping father while demanding, “Wake up, monster!” Cue the dramatic music, because monsters are about to awaken for real. We are then introduced to the protagonists in the other three locations: a London schoolboy, Ward on duty in Afghanistan, and Mitsuki preparing for a launch in Japan.

Neill’s character, Tyson, is clearly the folksy philosopher of the bunch, providing a voiceover of suitably vague observations about our purpose on Earth. Plot specifics are sparse, but like Tyson, we can follow the signs: a nosebleed outbreak during band class in London; exploding windows in the Maliks’ well-appointed kitchen; a catastrophe aboard the JAXA space mission; a mysterious symbol; soldiers in combat in Afghanistan—and a short, brief glimpse of what just might be a giant alien invader.

Invasion has had its share of production rough patches, with original showrunner Chad Feehan (Banshee) departing last fall, purportedly because co-creators Simon Kinberg (The Martian) and David Weil (Hunters) had some issues with the finished scripts. And, of course, there were production delays due to the global pandemic. For all the behind-the-scenes upheaval, however, the trailer makes this look like a promising series. I’ve held off on subscribing to Apple TV+, given my many other streaming subscriptions, because it got off to a sluggish start in terms of original programming. But between Invasion, the upcoming Foundation, Lisey’s Story, and all the positive buzz surrounding Ted Lasso, I’m probably going to rethink that decision.

Invasion debuts on Apple TV+ on October 22, 2021. The first three episodes will air all at once, with subsequent episodes airing every week.