New genomic analysis sorts out when Polynesians reached which islands

September 22, 2021 by arstechnica No Comments 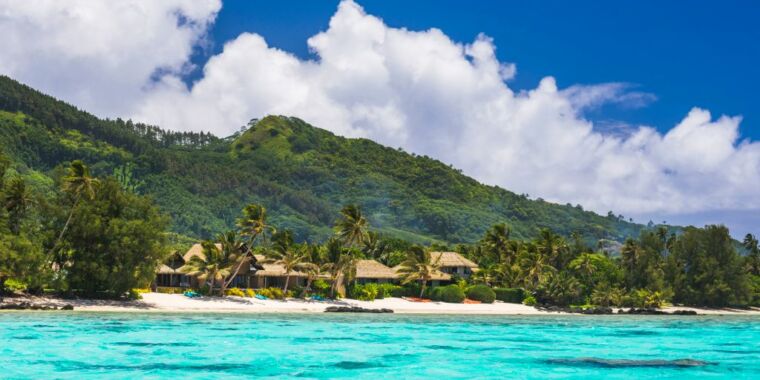 The spread of the Polynesian culture across the Pacific was the greatest migration in humanity’s history. All indications are that the Polynesians started in Taiwan and made it to the Americas while settling on islands from Hawaii to New Zealand along the way. Many of those islands retained trade routes for centuries, even if the islands themselves were tiny and difficult to consistently find in the vast expanse of the Pacific.

Reconstructing the route the Polynesians took has proven challenging. Very little ancient DNA has survived in the warm, often humid environments of the tropics. Artifacts have been dated, but it’s not clear how closely they relate to the arrival of an island’s population, and often they don’t indicate where that population came from. Post-colonial travel has complicated the genetics and linguistic evidence that might otherwise help us sort things out.

Now, a large international team of researchers has come up with an entirely new way of analyzing the genomes of modern Polynesians, based on the effect that a long series of settlement events would have on genomes. The results provide a detailed map of which islands were settled in what order, and it even provides an estimate on the dates of when Polynesians arrived.

When a standard analysis won’t work

If you compare any two genomes, it’s possible to make an estimate of how related they are. This is based in on the total number of individual variations they share, as well as groups of variants that are often inherited together on the same chromosome. Sample the members of two populations, and you can make a similar estimate of how long those populations have been separated, with time giving them each the opportunity to pick up new variants. Mixing with other populations can complicate this analysis, but it’s possible to identify and compensate for that.

With so many genomes now available, we’ve developed extremely sophisticated software to perform this sort of analysis. But all of it works because of how populations behave when they’re moving within and between continents.

But the Polynesian expansion upends many of the assumptions that this sort of analysis relies on. Instead of having thousands of years for populations to pick up new mutations that distinguish them, Polynesians often settled several new island groups within a single century. Most genetic differences come about through founder effects caused by the relatively small populations that formed new settlements. Trade routes often kept populations in contact after new islands were settled, and the colonial era has ensured that most current populations now have a bit of DNA from outside of Polynesia.

All of this is enough to ensure that the methods built for the rest of humanity really won’t work to understand the Polynesian expansion. So the research team behind the new work developed new methods specifically designed to analyze Polynesian genomes.

Some of the new approach is pretty simple. At this point, we have enough genomes from elsewhere in the world that it’s reasonably simple to identify stretches of non-Polynesian DNA and exclude them from the analysis.

The rest of the approach involves reasoning through what would happen each time new islands were settled. Settlements typically include a small group—usually a few dozen people—branching off from a larger population on the island of origin. By chance, a few of the genetic variants that are rare in the large population would be common in the settlers. And, at the same time, the settlers might not carry some of the variants that are common in the large population.

There are two keys to using this method to distinguish the process of settling the Pacific. The first is that, if a single island population sent settlers to two different destinations, then the variants affected by these processes would be different at each of the destinations. So, while one settlement might lose variants A, B, and C, the other would lose X, Y, and Z, with only rare cases of overlap.

The second key is that these sorts of events will occur in series. Many settled islands will support populations large enough to send out new settlers. And, when that happens, the newly formed population will inherit all the changes in variants that their ancestors picked up when they were settlers, plus a new set of changes of their own. To go back to our hypothetical, let’s say that the island settled by the population that lost A, B, and C sends out settlers of its own. The new settlers also lack A, B, and C, but they’d now end up losing a new set by chance—say H, I, and J.

Combined, this let the researchers figure out which island’s population produced which settlements.

For the most part, this produced the sorts of patterns you might expect. Individual island chains almost always clustered together and had ancestry that could be traced back to a single island source. The patterns also suggested that some island groups acted as hubs for expansions. Rarotonga and Palliser, for example, seemed to be the source (either directly or via intermediate islands) of the populations in all of Eastern Polynesia.

The big exception to this may also be informative. The Austral Islands in the south of French Polynesia were all settled by a single source—except the island of Raivavae. Its population seems to have arrived from Tuamotus and Mangareva, islands located much farther away in eastern French Polynesia. But this is also the population that settled all the islands where we’ve detected Native American DNA. All of which suggests that this group likely engaged in some of the longest voyages made by Polynesians.

Who got where when?

The researchers also used their data to provide estimates of when the Polynesians arrived at different islands, but it involved a different method entirely. This method relied on the fact that, each generation, the chromosomes we got from our mother and father swap segments in a process called recombination. This will break up the stretches of variants that were inherited from ancestral populations, with the ancestral segments becoming progressively smaller (on average) over time.

So, by comparing the average length of ancestral segments, you can get an estimate of when different populations split. Combine the timing with the tree generated by the other analysis, and you essentially have a complete map of when each island sent settlers to each destination.

This isn’t exact, as later contact through trade could shift the apparent date of separation somewhat. But the chronology that results lines up nicely with one generated by dating archeological finds. And, in cultures that have tracked the ancestry of individual families since their island was settled, it even lines up with the typical time between human generations.

The fact, that the result of this method is largely in agreement with chronologies developed through other methods will undoubtedly help with its acceptance—although those who favor alternative chronologies will no doubt be interested in picking holes in it. Still, by providing such a comprehensive picture like this, the study is valuable simply for giving people a lot of opportunities to put it to the test. In addition, the work is valuable for highlighting how there is no one-size-fits-all algorithm for understanding human ancestry and might encourage people to think of other cases where specific circumstances call for more specialized approaches.